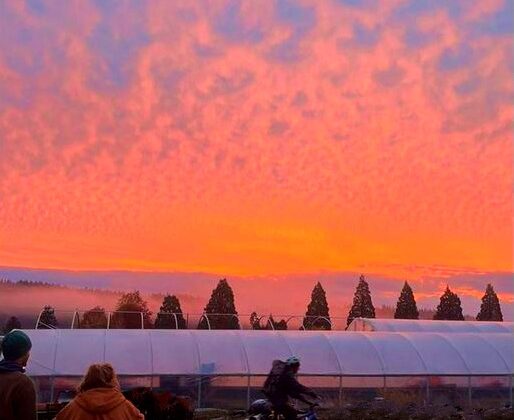 Thankful for the Abundant Season

2022 proved itself to be the most unusual farming year I’ve ever experienced, one in which many, many valuable lessons were learned. Literally nothing went as planned this year- from planting plans to staffing plans- there was constant change and upheaval. I’ve learned over the past 24 years farming that being flexible is paramount to success as a farmer. This year, I learned that to my core. Previously I thought I was flexible, but that was only practice, as it turned out! Amazingly, despite the record-breaking spring rainfall, staffing shortages, and plagues of ravens and flea beetles, we somehow managed to pull off a good year!

I am deeply indebted to the awesome crew members of the farm this season, particularly Rachel, Natalie, Alex, Henry, Paige, Cormac, Jon, Daniel, Darren, Eli, Hannah, Julia, Lane, Laurel, Melissa, Mati, Nicole, and Tyler. These individuals worked so hard day in and day out, despite the weather or challenges in their personal lives, and no matter the task, through the rain, wind, cold, heat, smoke and even snow. Seriously, I could not have asked for a better crew this season. You might not realize the athletes that farmers are. In addition to the bending, kneeling, twisting, lifting and carrying they do all day, they also walk an average of 10- 20 miles daily! Five days a week! That’s 50- 100 miles per week all on only 28 acres. These people are on the move and incredibly strong, not only physically but also mentally.

Thank you all, dear CSA members, for your participation this year! Without your support we wouldn’t have a successful CSA program. It’s been a beautiful year, full of learning, flexibility, grace with all the changes, and so much abundant produce! Happy winter to you, I’m wishing you all deep rest and comfort this season.