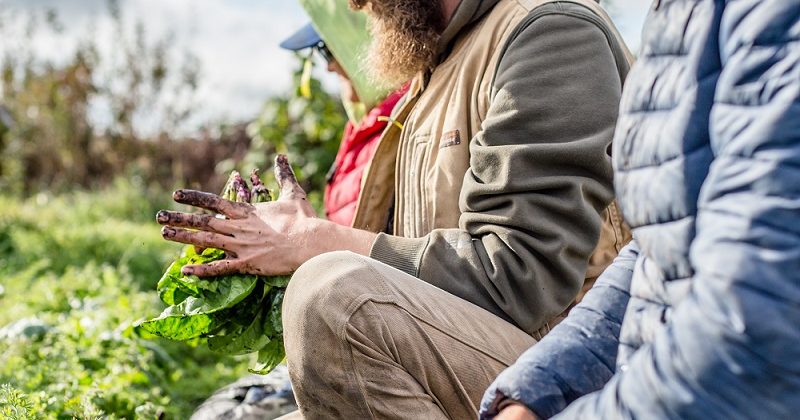 As the encroaching clouds of fall loom heavy over the heads of the field crew, who is harvesting our end-of-season veggies, we here at RDF turn up our collars and pull tight our hoods against the chill of the wind and the spackling of rain that seems to come almost daily these days. There is something deeply satisfying in seeing the full turn of the seasons: from the planting of the first seeds in early spring to our much anticipated, if not somewhat melancholy, chore of putting our beds to rest for the winter.

There is much to do around the farm in preparation for the oncoming season of darkness, which we all must endure here in Jefferson County: fields need to be cleared, vegetables stored, and vehicles properly winterized. It would be disingenuous to say that as we go about our end-of-season chores one’s mind does not flicker, more often than not, to the warmth of the fire waiting for us in the hearths of our respective homes. Nothing says November like a couple of good logs of madrone alight in one’s woodstove, except perhaps a big pot of soup boiling away on the range, wafting its odiferous melody into the noses of those awaiting eagerly with a grumbling belly.

At my house we rarely use recipes. Preferring not to be constrained by other people’s ideas of what is good to eat, we generally just throw it all into a pot and let our bellies sort it out, with flavor as the main concern, but in case you’re not as adventurous as we are, here’s an easy beet and fennel soup recipe for you to try at home:

Cook oil with cabbage, onion, fennel, and garlic. Cook over medium heat in casserole pan until veggies begin to soften.

Add vinegar and honey to casserole. Cook until veggies start to brown.

Combine beets with veggies and cook on low for 1 hour 15 min.